Differentiated Integration as a Conscious Policy Choice: The Way Forward 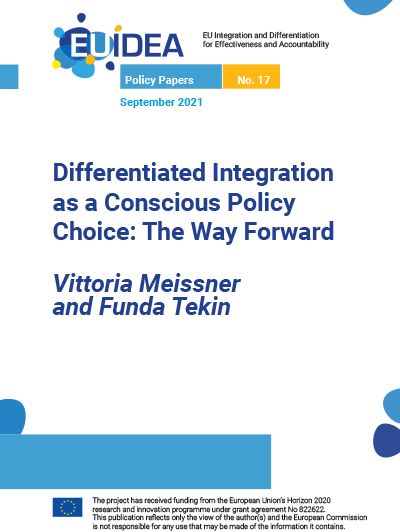 Asbtract
Executive summary
Introduction
1. In favour of differentiation as policy choice: Safeguarding the status quo?
2. Differentiated integration as the way to move forward? Only if multi-speed
3. Towards more integration and less differentiation
Recommendations
References