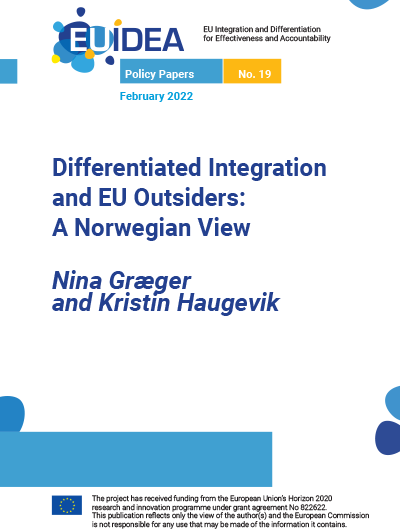 A non-EU state and member of the European Economic Area (EEA) since 1994, Norway enjoys a unique legal, political and practical relationship with the EU. This policy paper discusses what the EU’s increased openness to differentiation in association models and decision-making procedures could mean for a highly integrated third country like Norway, especially within foreign, security and defence policy. Based on interviews conducted in 2020 and 2021, we highlight three observations: First, Norway’s current association model – the EEA agreement plus some 70 bilateral agreements – is generally seen to have served Norwegian interests well, although both Europhile and EU-sceptic interviewees see EU–Norway relations as asymmetric. Second, the EU’s openness to differentiated solutions is generally welcomed, and considered to give Norway opportunities and leeway. Finally, Norwegian EU membership is unlikely to happen in the foreseeable future. Reasons include well-functioning association agreements, two negative votes on EU membership, and the continued and growing strength of EU-sceptic political parties in the Norwegian Parliament.

Executive summary
Introduction
1. Norway and the EU: The general state of affairs
2. Norway–EU relations within the areas of foreign, security and defence policy
3. Conclusion and recommendations
References
Download the Policy Paper
admin_en20192022-03-01T11:59:11+01:00February 28th, 2022|