The European Commissioner for Justice took part to the final two-day conference of the EU IDEA project, led and coordinated by Istituto Affari Internazionali (IAI): “All Member States must align themselves with our key-principles, if we want to be credible in the world”. 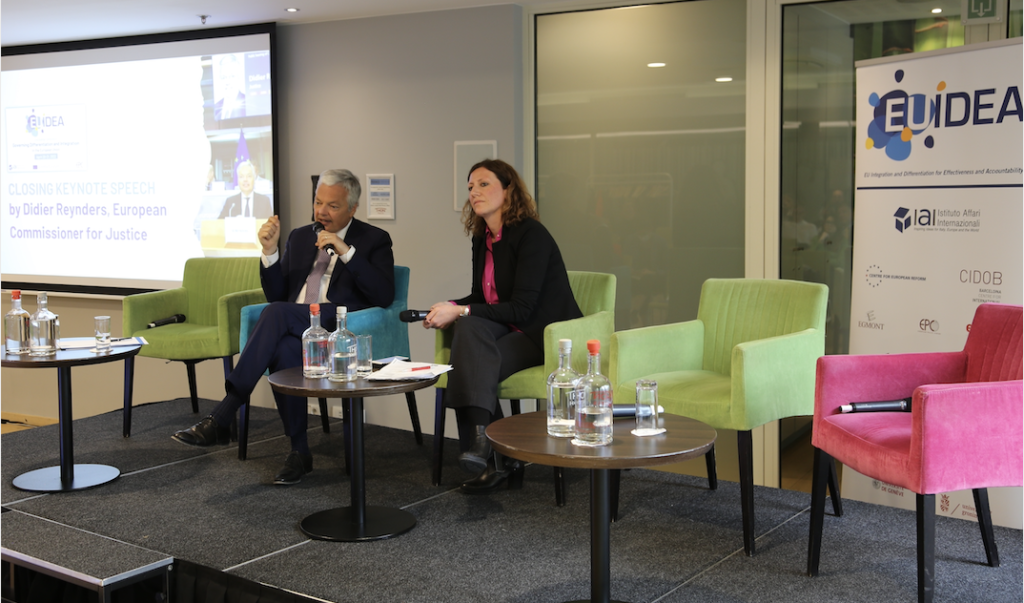 Brussels – The last dance. The EU IDEA project has come to an end, with a final conference that presented the project’s results and discussed the theme of differentiation and integration among researchers, EU representatives and experts. The two-day event (April 20-21) was organized in Brussels, within the framework of EU IDEA – Integration and Differentiation for Effectiveness and Accountability: it addressed all the aspects of differentiated integration as a strategic choice, as the European Union is dealing with its manifold internal and external challenges.

EU IDEA is a project funded by the European Commission under the Horizon2020 programme and led by Istituto Affari Internazionali (IAI) – with the participation of Eunews as media partner – and its aim is to deepen differentiation and integration issues, in order to find viable solutions to the current challenges that the EU is facing. This is even more valid following the Russian aggression of Ukraine, considering the necessity to improve the future European security order amid persistent fragmentation and divergence in the European integration project. However, “differentiation and flexibility have no place in certain specific areas, such as the respect of the key-values of the European Union”, the European Commissioner for Justice, Didier Reynders, made it clear during his key-note speech.

Human rights, rule of Law, solidarity, equality, independence of justice. “All Member States must align themselves with these key-principles, this is the commitment at the time of accession to the EU, not an imposition of the European Commission”, Reynders stressed, explaining why “we can work on differentiation, but not in the case of the respect of the rule of Law“. Inside and outside the EU (among those countries that want to be part of the Union), “there are many legislations and traditions, we are not asking to standardize all legal systems, but to apply the same principles for a common approach”. The Ukrainian crisis shows that “we must continue to commit in our values, if we want to be credible in the world and to demand respect for human rights from Russia“, the European Commissioner for Justice concluded.

Moderated by Nicoletta Pirozzi, Head of EU, politics and institutions programme at the Istituto Affari Internazionali (IAI) and EU IDEA project coordinator, the conference first focused on how history and narratives around differentiation influence today’s state of the EU. “It emerged as a tool to cope with the different member States’ points of view and with growing heterogeneity”, Marco Brunazzo, Professor at University of Trento, stated, while his colleague at the University of Oslo John Erik Fossum pointed out that “it requires the development of some mechanisms to prevent weaknesses in the institutional system”.

Differentiated integration “has two faces, one positive and one negative”, Ingrid Shikova, Professor at the Sofia University “St.Kliment Ohridski”, stressed, considering that “also in the future, who wants to do more, will do more, but who wants to do less, will do less”. Following the suggestion of Piero Tortola, Assistant Professor at the University of Groningen – “I wonder whether there is a return to unified integration narrative” – Jim Closs, TEPSA Secretary General, underlined that “every single crisis has shown that we need more integration and that basic key-values, such as the respect of rule of Law and human rights, are out of question“.

Democracy and legitimacy are the cornerstones of a differentiated EU, in order to guarantee “an increase of effectiveness and responsibilities”, Matteo Bonomi, Research Fellow at the Istituto Affari Internazionali (IAI), stated. Funda Tekin, Director of the Institut für Europäische Politik (IEP), stressed that “the key for legitimation of differentiation policies is represented by the preferences of political elites and national public opinion” and her colleague Janis Emmanoulidis, Director of Studies, European Policy Centre (EPC), pointed out that “in the next future, we will have many more debates on these topics, because differences among Member States are becoming more evident and they have to be discussed”. Daniel Freund, Member of the European Parliament (Greens/EFA), warned that “there is not a real democratic choice on democracy, if you do not seat at the table for the decision-making process”.

Differentiated integration is a process that considers also sustainability, security and solidarity inside and outside the European Union, as the Ukrainian crisis is demonstrating. “It urged a common approach in foreign affairs and military policies”, Sven Biscop, Director at the Egmont Institute, reported, echoed by Pol Morillas, Director at the Barcelona Centre for International Affairs (CIDOB): “It emerged trust between EU leader and empathy towards Member States that could suffer because of this crisis”. Even if “unity in the response is happening now”, as Juha Jokela, Programme Director at the Finnish Institute of International Affairs (FIIA), noted, “I am skeptical on how long it will last, because it concerns the effectiveness of external differentiated integration”. Eulalia Rubio, Senior Research fellow at the Jacques Delors Institute (JDI), stressed that “there are many cases of differentiation integration, that works differently inside and outside the EU”, while Reinhard Bütikofer, Member of the European Parliament (Greens/EFA), reminded that “unity in diversity is the very essence this concept”.

At the very heart of the EU IDEA project there has always been the theme of Brexit, also considering the EU-UK Trade and Cooperation Agreement (TCA). “Foreign affairs and security policies are out of it, with an impact even on the war in Ukraine”, Ian Bond, Director of the Centre for European Reform (CER), stated. Stefan Führing, Head of Unit of the EU-UK Trade and Cooperation Agreement in the European Commission, shared the opinion that “in a broad sense, the cooperation between the two geopolitical actors is weak”, and Fabian Zuleeg, Chief Executive at the European Policy Centre (EPC), stressed that the TCA “is working in regulating the commercial trade, but it has a huge cost on many other aspects, such as the political cooperation”. This is “not a good relationship”, as shared also by Brigid Laffan, Former Director of the Robert Schuman Centre for Advanced Studies and Professor at the European University Institute: “We are talking about the weakest possibile solution, even if at the end Brexit has strengthen the unity inside the European Union”.

Closing the final conference of the EU IDEA project, the coordinator Nicoletta Pirozzi summed up three years of studies and working papers: “Flexibility and differentiation can be a tool for European integration, but we have to set some limits and red lines, such as the respect of the rule of Law and the reinforcement of the EU institutions and the judicial power”. Herman Van Rompuy, President Emeritus of the European Council and EPC President, is sure that “we have to be more united on the values that characterize us” and that “there will be less space for differentiation in the future”. One of the very first turning points will be the French presidential election next Sunday (April 24): “If Marine Le Pen wins, there is the risk for differentiated disintegration on our values, the European budget and the supremacy of the EU law”, Vivien Schmidt, Professor at the Frederick S. Pardee School of Global Studies and at the Boston University, warned with great concern. 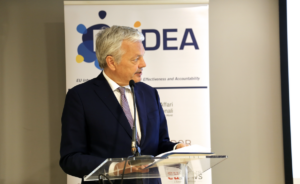 The European Commissioner for Justice, Didier Reynders, at the EU IDEA final conference in Brussels 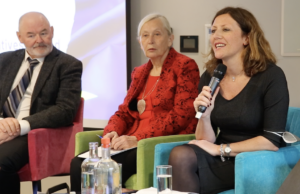 The Head of EU, politics and institutions programme at the Istituto Affari Internazionali (IAI) and EU IDEA project coordinator, Nicoletta Pirozzi, at the final conference in Brussels 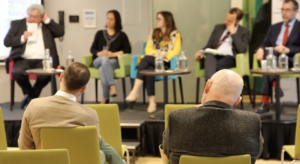